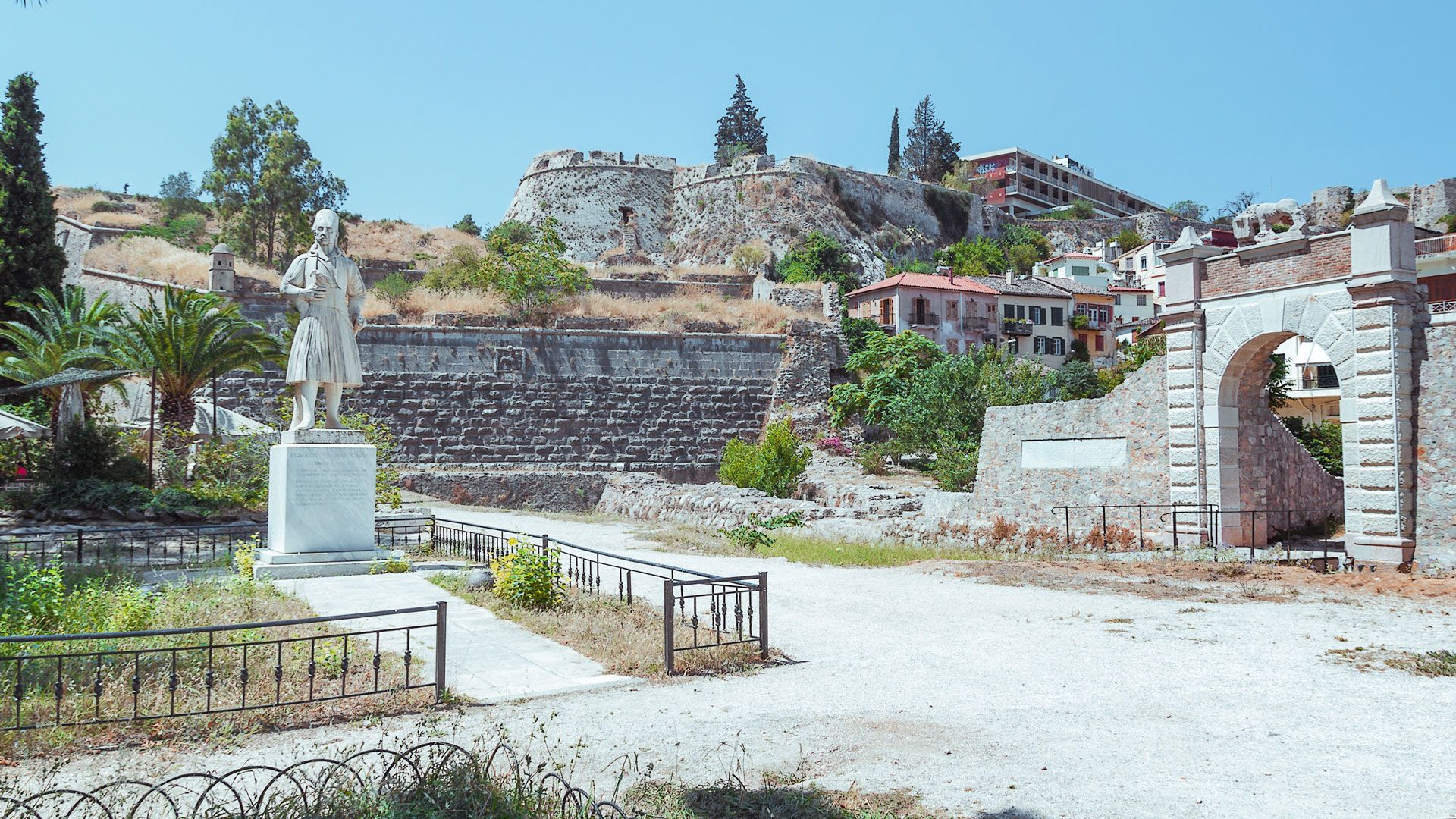 The Land Gate was built in 1708, by the French engineer, and succeeded the earlier gate dating from the first Venetian occupation.
It was the only entrance to the city by land and, in fact, the gate would be closed at sunset.
Whoever remained outside after that time was obliged to spend the night outside the city, usually in the Pronia suburb.
In front of the gate was a moat filled with seawater, which ran along the eastern wall of the city.
Access was only possible via a wooden drawbridge.
The gate was gradually demolished between 1894 and 1897.
In around 1894 the moat was also filled in.
Only a few of the gate’s architectural structures have survived, such as the stone lion from the crown, which is missing the head, the wings and the tail.
There is also the family crest of the commander Grimani, with the date 1708.
Today, the façade of the gate has been reconstructed following a special study of its original form.