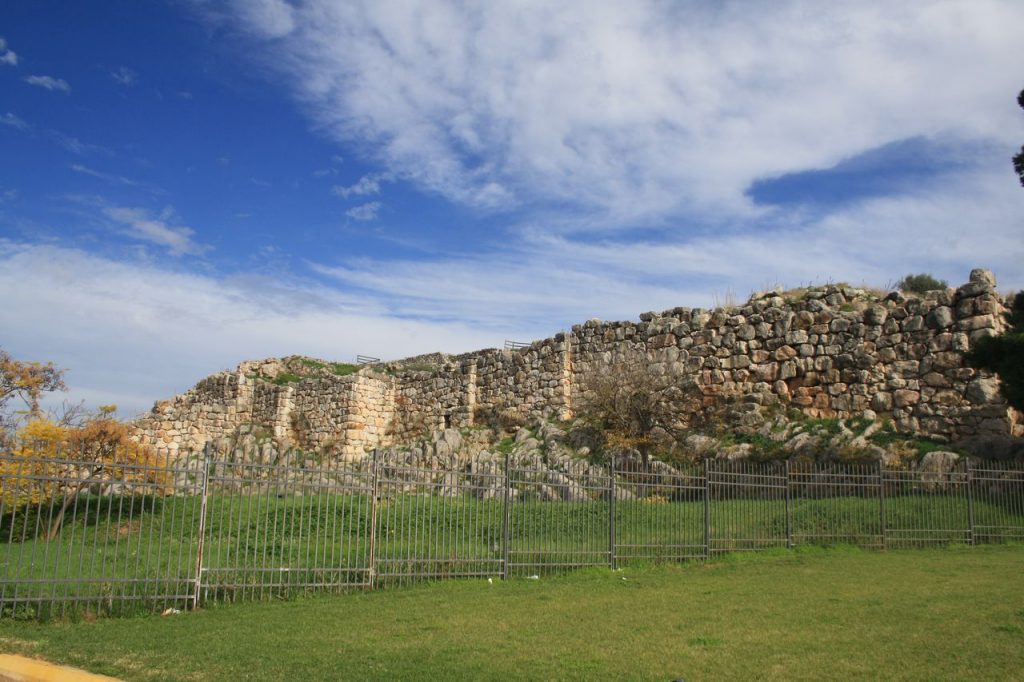 The low hill of Tirynth, in the 8th kilometer of road Argos-Nafplio, was continuously inhabited from the Neolithic Age to Late Antiquity.
In prehistoric times, the area flourished mainly during the early and late Bronze Age.
In the second phase of the EH era (2700-2200 BC) a major centre with dense population and a unique construction circular building, 27 meters in diameter, must have been here on top of the hill.
During the Late Bronze Age, Tiryns fortified hill gradually and surrounds within the “Cyclopean” walls of the palace complex and other buildings used primarily by the ruling class as places of worship, warehouses and workshops as well as residences.
In historical times, Tiryns, although it should have been in the form of an organized political community, could not compete with Argos, which destroyed it, in the first half of the 5th century, exiling its inhabitants.