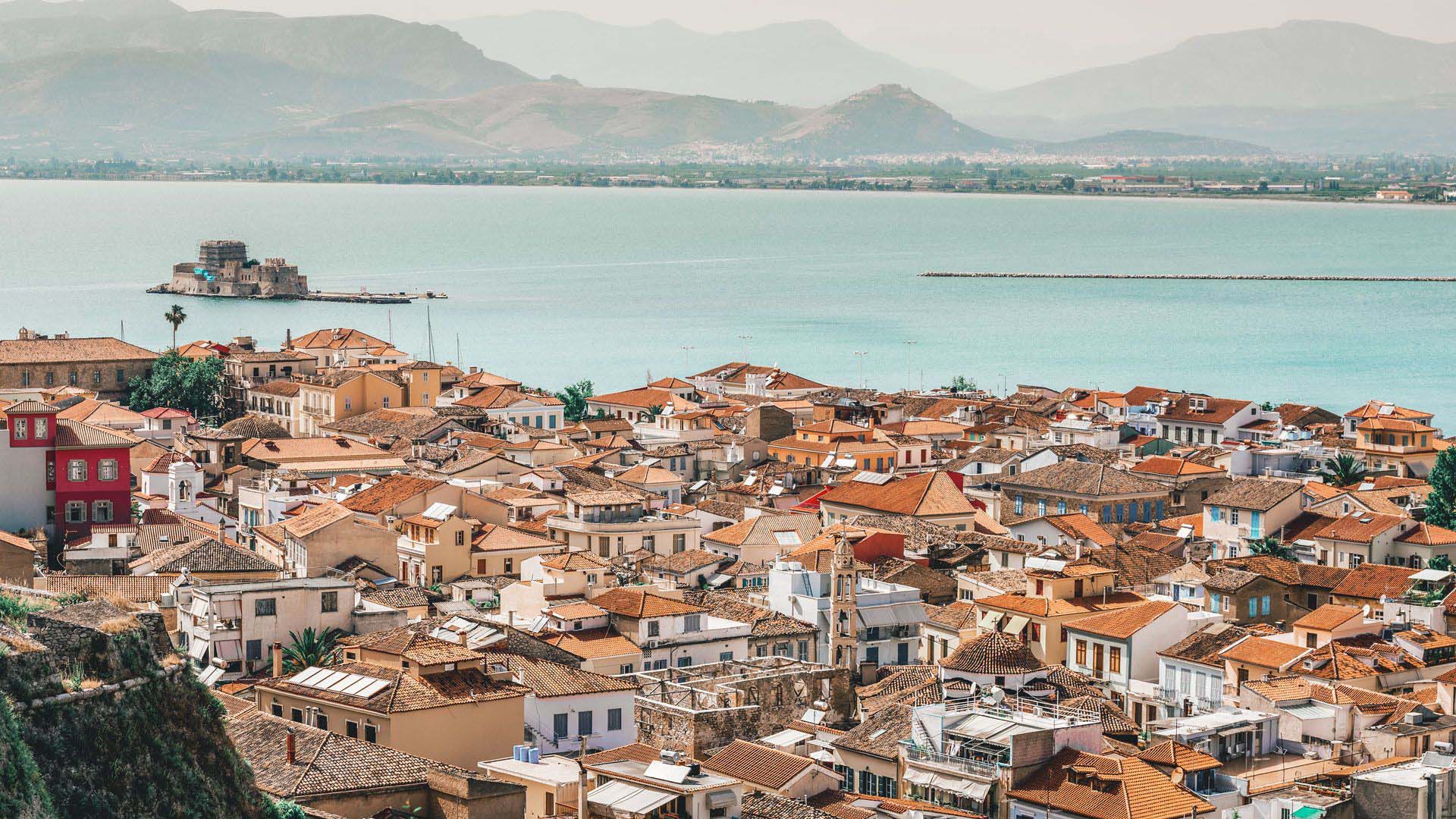 The fort on the sea, which has remained known by its Turkish name ‘Bourtzi’, meaning tower, has become Nauplion’s trademark.
On this small island, which is in the middle of the city’s harbour, there was once a Byzantine church consecrated to Aghios Theodoros.
The Venetians, having understood the strategic importance of this site for the protection of the port, built a tower on the rock in 1473.
The Italian architect, Antonio Gambello, who had undertaken the building of the Castello di Toro, designed the fort, which was then completed by the engineer Brancaleone.
The fort was designed to fit the narrow shape of the island.
The centre is taken up by a tower, in the shape of a rough hexagon, with covered cannon positions on either side at a lower level.
The interior of the castle has three floors which were connected by moveable stairs for reasons of safety.
Water was supplied from a large circular water tank that was located in the cellar, under the tower.
There were entrances to the north and south.
A small harbour was created on the north-eastern side to enable safer access to the fort.
Between the fort and the sea wall there was a narrow passage, which could be closed with a chain to protect the port from enemy ships.
The fort bears the signs of many alterations and repairs from different times.